UFC Undisputed 2010 is doing pretty well amongst rabid beat-em-up fans on both Xbox 360 and PlayStation 3, but what about other platforms? While THQ isn’t ready to expand the franchise to Wii or Nintendo DS territory (yet anyway), it did manage to hit us with news today that the game was coming our way for PSP next month, slated for release on September 7. They provided us with some details as to what to expect, along with some first screenshots from the game. 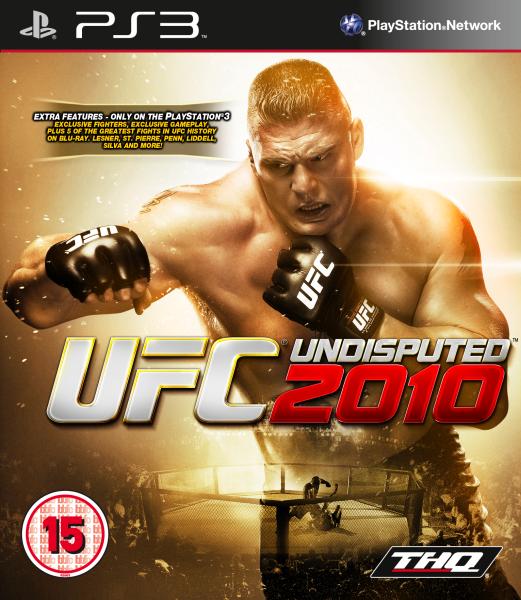 Are you ready for UFC Undisputed 2010?

UFC is about realistic fighting

Like its console editions, UFC Undisputed is all about realistic fighting. The game features over 100 fighters from separate divisions, from lightweight to heavyweight. So, if you want to contend against Brock Lesnar, you’ll want to make sure you have an equally trained MMA master to take him on. In addition, you can create your own fighter using a number of mixed martial arts skills. How you decide their training will really make a difference in the ring.

With the PSP, gameplay looks like it’ll easily adapt to the controls. You’ll have your face buttons to handle your punches and kicks, while the analog stick provides movement. The shoulder buttons should allow you to utilize different styles of punches and kicks, such as Anderson Silva’s spinning back fists or Lesnar’s more powerful attacks. We’re pretty sure the D-pad will also find use, especially when it comes to setting up someone for a submission (or simply surviving long enough to get out of one).

While the graphics won’t be on the same level as the Xbox 360/PS3 versions (it’s simply a matter of horsepower, nothing personal), the screenshots indicate that THQ isn’t getting lazy when it comes to fighter accuracy. These guys look just like the real deal, and the venues they battle in are equally authentic, from the MGM Grant in Las Vegas to the smaller training facilities. We have yet to see the game in action, but we have faith that Yukes will handle the conversion to handheld quite well. Along with the Career Mode (where you fight your way through the UFC ranks towards a championship match), UFC Undisputed 2010 also features an AdHoc mode, where you can share trained fighters and challenge opponents through local connection. Other returning modes from the original game include Title Mode, Title Defense Mode and Tournament Mode (set up bracket-style, of course), along with the Ultimate Fights mode, complete with 30 minutes worth of matches straight from the UFC’s archives.

We won’t have to wait long to see if UFC Undisputed 2010 can hold its own in the portable fighting arena. It’s just a question of how it’ll turn out now. Be sure to check back with us this time next month for the review!

You think E3 was just a game for the folks at Slang and Konami, a chance to show off its wrestling game Lucha Libre AAA:...

After playing through the somewhat recycled yet still enjoyable TNA Impact: Cross the Line for PSP, we were interested to see what Southpeak Games and...