Okay, so we can’t exactly call the iPad a “sports gaming machine”, but screw it, we bought one anyway and decided to dive head first into the App market to see what sporting titles we could find for it. Aside from some good fighting games (Street Fighter IV and Bruce Lee: Dragon Warrior HD) and some decent pool games (Virtual Pool HD and Pool Pro Online 3), there really wasn’t much to choose from, aside from games previously released on iPhone. However, Ace Tennis 2010 Online is a nice little surprise. 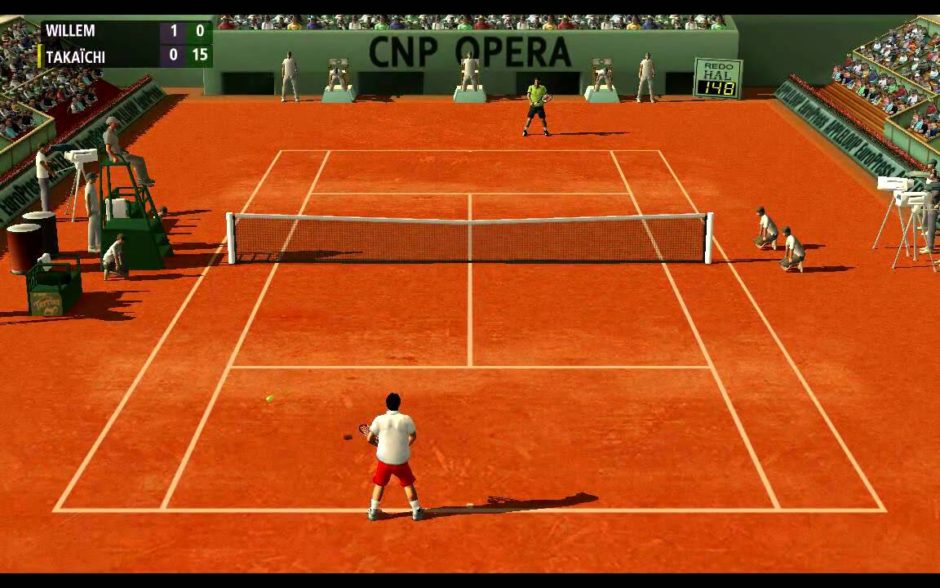 Now, when you first think iPad tennis game, you’re probably thinking, “Great, I’m gonna be tapping tennis balls on the screen to go back to my opponent, just like I did that one time in that stupid touch-screen bar game.” Well, here’s where you would be wrong. Instead of directing the ball action with your finger, you actually move your player around on the court and tap on them to swing, while tilting your iPad to direct their shot. Want to smash it across the court? Tilt it slightly to the left or right and left it fly. Want to lob it? Lean back a little bit and strike away. It’s not perfect (we can’t tell you how many shots we missed entirely at first), but it’s a pretty cool approach compared to how other games play.

Although the presentation isn’t precisely anything to write home about, it gets the job done. The on-screen characters are fun to watch (given fake names similar to real pros), and the three court types offer some decent décor while giving you a clear view of where the ball is. The menus are easy to navigate as well, so you can tap what options you need and go. The music’s okay, and the sound effects deliver the tennis experience where necessary. Nothing amazing, but it’s tennis, through and through.

Where Ace Tennis 2010 will really blow you away is with its options. The single-player tournament isn’t bad, and you can play in a quick match anytime you choose. There should’ve been more rounds to make you feel more like a tennis champ, though. It feels like you’re climbing a small stepladder rather than climbing you way to the top on an extendable model.

On the bright side, multiplayer is outstanding. You have the option of logging in online and playing against either friends or total strangers, so you can always access a quick match if you need to. The interaction is near flawless, and we didn’t run into any lag whatsoever.

And we’re big fans of the price, too. While other tennis games (like the recently released Hot Shots Tennis: Get a Grip) go for a higher dollar amount, Ace Tennis 2010 Online sticks with the basic five-dollar price range. For budget-minded gamers who don’t mind a little tennis, it’s more than sufficient.

Ace Tennis 2010 Online probably won’t be remembered among the greats like Virtua Tennis and Mario Tennis (the challenging gameplay is proof of that), but considering the small but thriving state of iPad sports games, it’s not a bad start. If you’re up for the challenge, drop five bucks and hit the court. 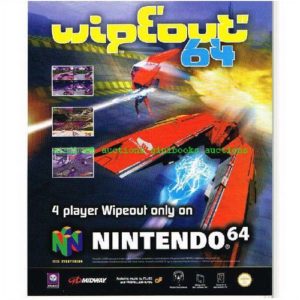 If you like contestants trying to survive an obstacle course laden in the most comical way possible, have we got a treat for you. Activision...