Sony has announced that it has shipped 5.5 million copies of its racing opus Gran Turismo 5worldwide since the game’s release late last month, marking a huge accomplishment for the series.  Granted, it’s still got to catch up on those sales numbers, but with the holidays in full swing, it should have no problem doing so.

Furthermore, Polyphony Digital restated its dedication to the series today, saying, “Polyphony Digital Inc., will continue hereon to vigorously promote development of the Gran Turismo series, which can be expected to evolve even further through the PS3 platform and broadband network environment.” 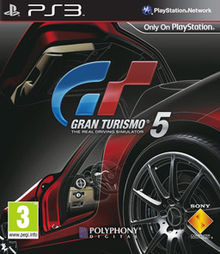