The Madden Curse has been ongoing for years, plaguing players that have appeared on the cover of EA Sports’ football games. But to the publisher, it all seems like funny business. 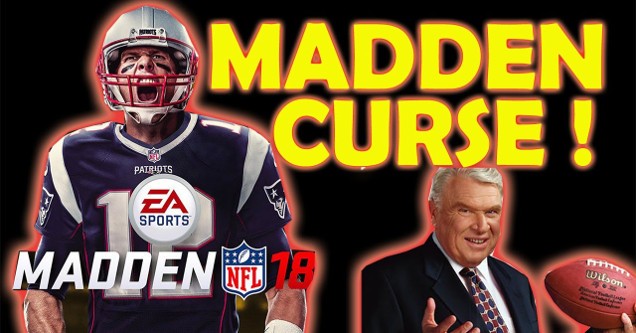 Madden Curse become a movie – can you believe it?

A report on The Wrap website indicates that Electronic Arts is moving forward on development of a film called Madden Curse, a comedy that focuses on a quarterback who becomes the star of the game after he retires, but then finds himself back on the football field, contemplating just what might happen to him. Sounds like the Brett Favre story, but fictional, you know? Pat O’ Brien, VP of EA Entertainment, will serve as one of the film’s producers.

No word yet on who’s going to be in the movie or who’s directing it, as it’s still in early pre-production. Still, if the guys that wrote Vampires Suck or Disaster Movie are anywhere near it, count us out.

August 1, 2018 / 985
Okay, so we can’t exactly call the iPad a “sports gaming machine”, but screw it, we bought one anyway and decided to dive head first

August 1, 2018 / 1008
After checking out the recently released NCAA Football for both iPhone (worth checking out) and iPhone 4 (avoid like the plague unless you like incredibly

August 1, 2018 / 1945
Two years ago, before the company folded under the weight of its own bankruptcy, Midway managed to pump out a decent wrestling game with TNA

August 1, 2018 / 1015
Hudson Soft is slowly but surely becoming a dominant sports force, with its first two Deca Sports games on the Nintendo Wii and, this month,