Gamestop has revealed its black Friday deals for next week, and there are a few good ones, including a buy two, get one free deal on used stuff, along with system bundles that include some cool sports deals.  Behold! 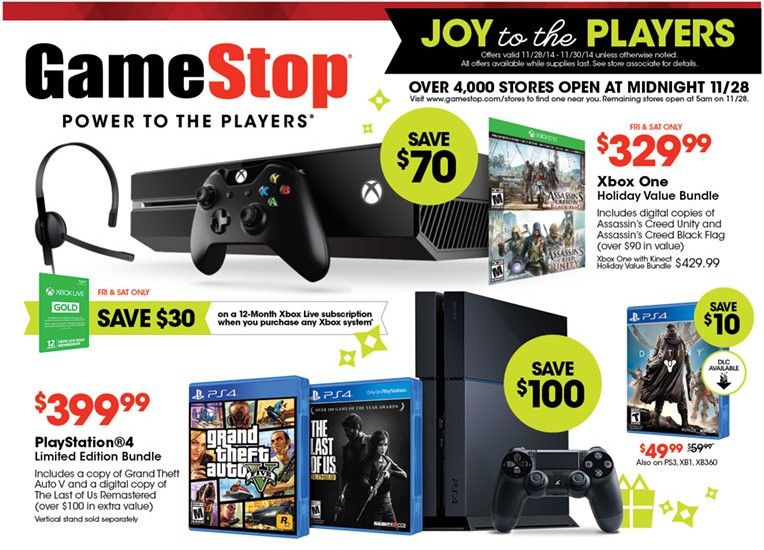 Not bad, not bad.  So pick up some stuff while you can!