After reviewing the outstanding Xbox 360 and PS3 versions of FIFA Soccer 11, it’s time for the Wii version to get some time on the field. After all, EA Sports really knows how to work its stuff on Nintendo’s console, combining motion-sensitive controls with a plethora of options, including online play that, at this point, is still miles ahead of other third-party developers are capable of. FIFA Soccer 11 is no different, and while it doesn’t quite match its other console brethren, it’s still a pleasure. 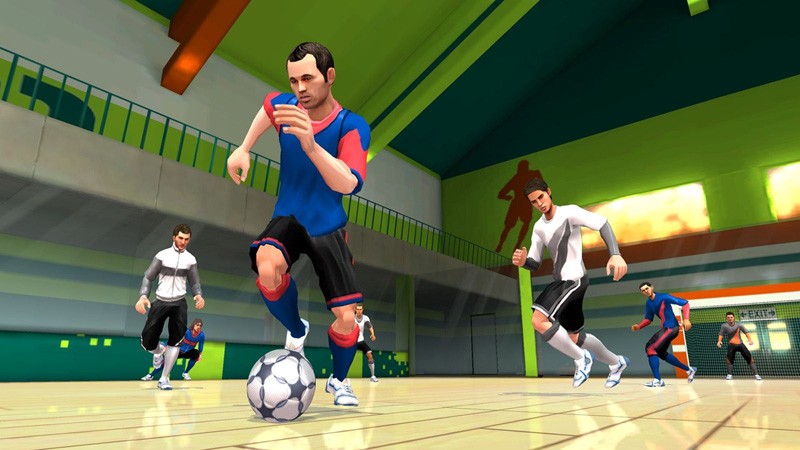 Is it better gameplay for FIFA Soccer on Nintendo Wii?

FIFA Soccer 11 benefits from a number of great control options, including playing with the Wii remote, the Nunchuk/Remote combination and more. You’ll find which one you want to use through experimentation, though it would’ve been nice to have a tutorial to guide us through the best options. Ah, well, sometimes you have to learn through experimentation. For the most part, the game is responsive when it comes to goal scoring and passing, though there are minor issues.

First, it’s a little easier to get the ball past the goalie than expected. That isn’t to say the game’s not realistic, because they still respond accordingly. Still, it’s almost like EA Sports let up on the reigns just a little bit so younger players wouldn’t be so frustrated with save after save, trying to get into the net. It’s not a big deal, just bump up the difficulty if you want a challenge. Also, slide tackles are a little difficult to perform with the Nunchuk and Wii remote, as your motions aren’t always read properly. It’ll require a little more shaking on your part, something that could’ve been fixed during the game’s development cycle. Again, not a big deal.

The visuals take a slight step backwards compared to other versions of the game, though the more basic style of approach works really well for the Wii. Players animate with great flair, and the fields and crowds look the part, right down to the overhead camera angles and the cheering fans in the seats. Some players don’t quite resemble their real-life counterparts, but we’ll forgive it, since they move with the kind of grace and flair you’d expect from them on the field. We also dig the audio experience, complete with authentic sound effects and player chatter, and on-the-spot commentary by Andy Gray and Clive Tyldesley. Sure, it repeats on occasion, but it remains upbeat and energetic.

FIFA Soccer 11 contains a variety of modes to choose from on the Wii. New to the series this year are two new options – indoor football and street football. Normally reserved for the FIFA Street series, this provides a nice change of pace from the usual soccer fields. Plus, you can change up the rules, such as the size of the net, the size of the goalie protecting it, and so forth. It’s slightly unrealistic in some cases, but, still, these are extraordinary additions to the Wii version. And you can play them online, too.

Ahh, online play. Here’s where FIFA Soccer 11 really shines. While more online playable modes would’ve been great, what’s here will make you smile, including quick match-ups in regular, indoor and street soccer. And you don’t even need to fiddle with the friend codes (FINALLY), as you can use an EA Messenger service to flip through your friend lists. Online play runs impeccably smooth, setting a prime example of how it needs to be done with third party games.

That’s not all. The game also includes a new career mode called Streets to Stadiums, which is kind of a variation of the Be a Pro mode, where you work your way up into street soccer legacy. You can choose your own fame moments, while completing objectives to help further your career. Battle for Glory also lets you take on the role of manager, as you balance the ins and outs of your soccer team while pushing them to a championship. Both of these are huge, yet not demanding. They’re ideal for fans of all ages.

Props to EA Sports. Once again, it went all out with a sports product, as FIFA Soccer 11 is unmatched on the Wii soccer field. The amount of stuff you can do in the game is staggering (even without an online connection) and it’s fun to play, despite the minor issues. Now go play some indoor soccer. It’s good for you.