This morning, EA Sports held a press conference to announce that it is teaming up with the new Vancouver Whitecaps FC club both as a real and video game sponsor for the team. This will allow the club and its players to be featured in future video game efforts, including possible FIFA involvements. (UPDATED: It’s looking likely that the club will make its debut in next year’s FIFA 12, along with their official stadium.) Players will also be available to take part in motion capture sessions, for better realism and accuracy. Here’s official word from EA’s press release… 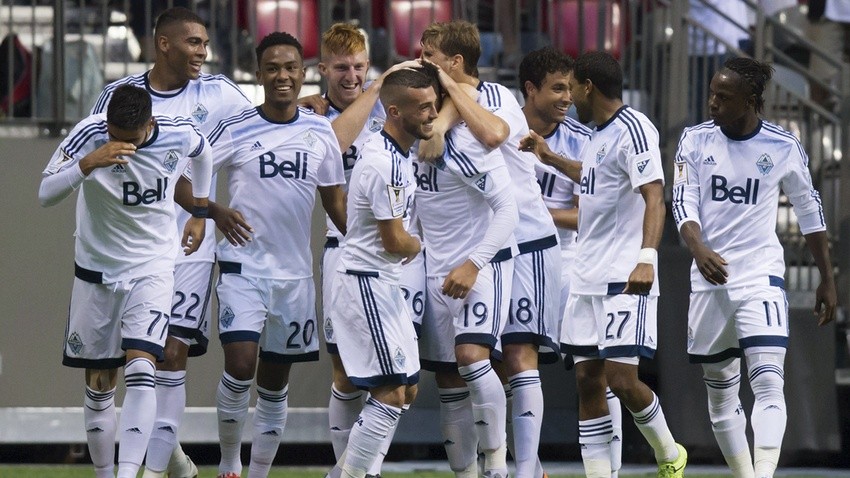 “The Vancouver Whitecaps FC are set to join world-class clubs, such as Chelsea FC, Arsenal FC and Real Madrid FC, as the first MLS club to be partnered with EA Sports. Through this relationship, EA Sports will showcase its FIFA Soccer videogame franchise utilizing Whitecaps FC, including signage, broadcast, and game applications. Similar to its work with European clubs, EA SPORTS will expand its current relationship with the Whitecaps to explore new ways to enhance its videogame experience and create greater authenticity inside of its EA Sports FIFA Soccer products.

As Official Videogame Partner of Whitecaps FC, EA Sports will have exclusive access to Whitecaps FC players to motion capture and turn into the life-like movement of the virtual players in future versions of EA’s FIFA Soccer games. The FIFA development team will also explore new ways to leverage MLS matches at BC Place to deliver improved authenticity in its games that match the complexity, finesse, and excitement of a real-world soccer match. EA Sports will also access players, staff, and its passionate fans to test early versions of its soccer products.

Whitecaps FC and BC Place Stadium will be included in FIFA Soccer 12, enabling fans to play with the Whitecaps MLS team in their new home before the stadium is actually complete. In addition, a limited number of FIFA Soccer 12 games will be available in British Columbia in specially designed Whitecaps FC branding.”

August 1, 2018 / 1016
Okay, so we can’t exactly call the iPad a “sports gaming machine”, but screw it, we bought one anyway and decided to dive head first

August 1, 2018 / 1038
After checking out the recently released NCAA Football for both iPhone (worth checking out) and iPhone 4 (avoid like the plague unless you like incredibly

August 1, 2018 / 1469
There’s no question that the EA Sports Active fitness programs (they’re more than just “games”) did big business on the Wii platform. The company indicated

August 1, 2018 / 1986
Two years ago, before the company folded under the weight of its own bankruptcy, Midway managed to pump out a decent wrestling game with TNA

August 1, 2018 / 1042
Hudson Soft is slowly but surely becoming a dominant sports force, with its first two Deca Sports games on the Nintendo Wii and, this month,